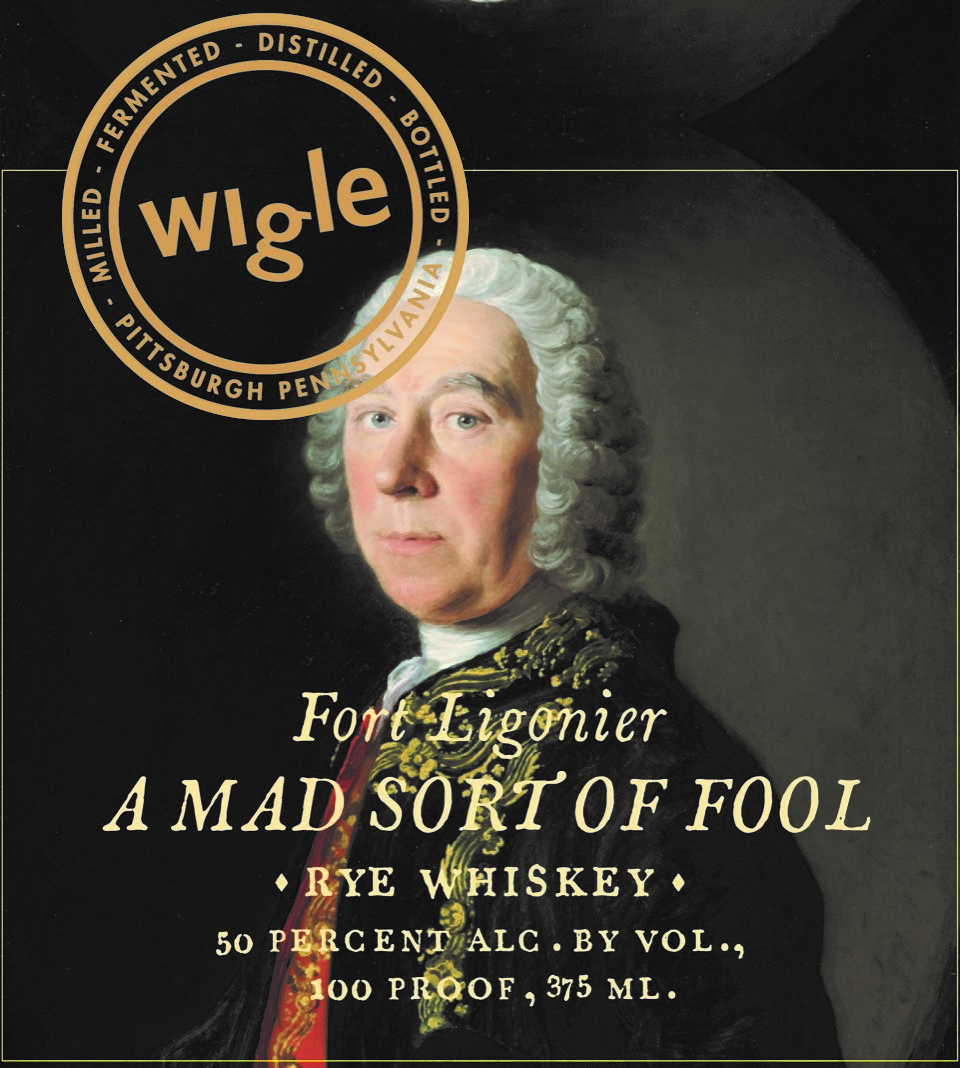 A limited quantity of Fort Ligonier's new "A Mad Sort of Fool" Whiskey will be on sale this weekend while supplies last!

The award-winning, Pittsburgh-based Wigle Whiskey has made a limited quantity of “A Mad Sort of Fool” whiskey, a NEW blend produced expressly for Fort Ligonier.

This year’s whiskey was inspired by Fort Ligonier’s Quartermaster John St. Clair who said to Henry Bouquet, August 12, 1758,”This is a most diabolical work, and whiskey must be had,” because of the soldiers refusal to continue building the Forbes Road without their whiskey ration. General Forbes also referred to the notoriously difficult St. Clair as “A Mad Sort of Fool.”