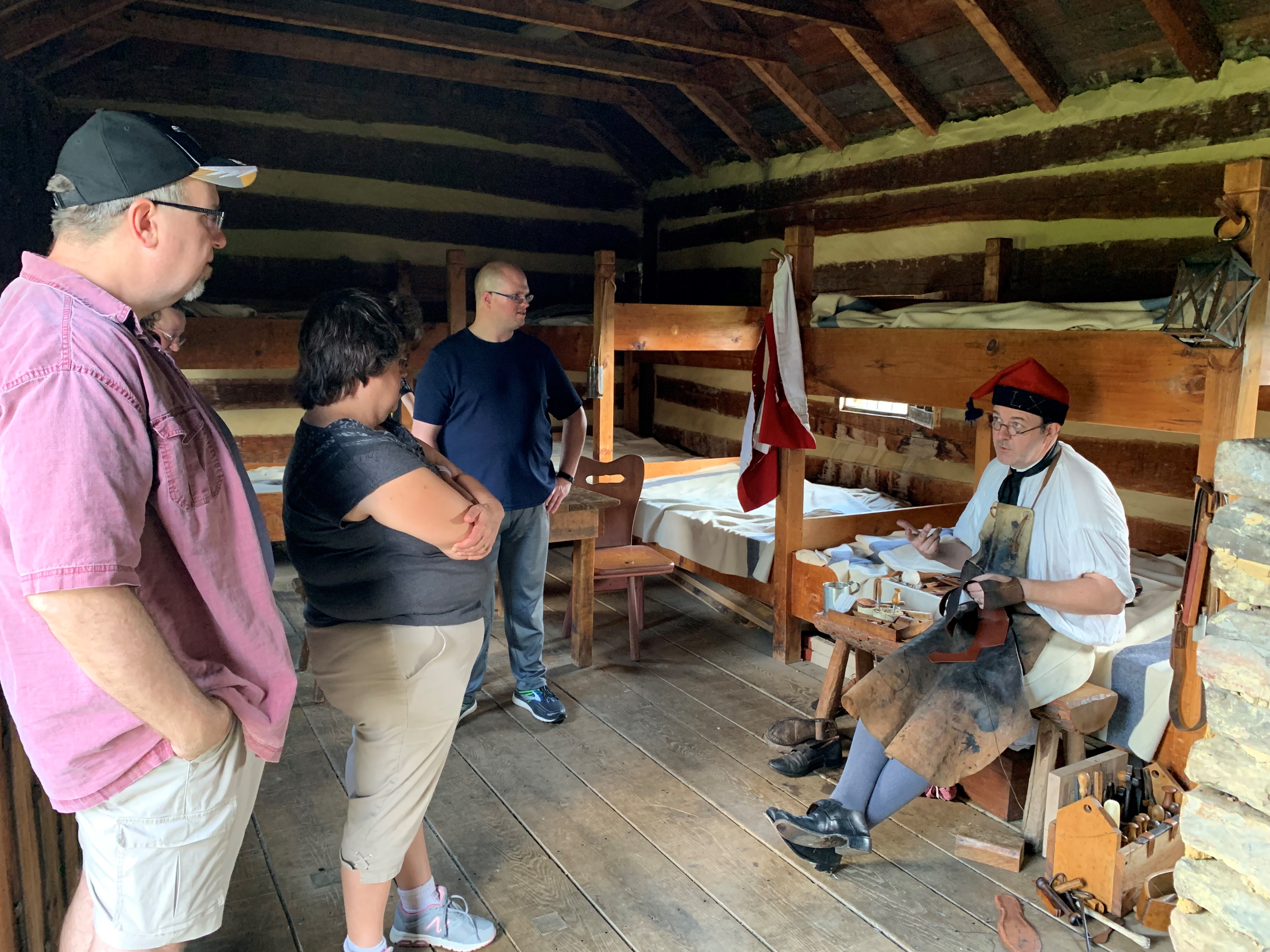 Meet Brett Walker, a Master Shoemaker for "St. Crispin's Lance and the Forks of the Ohio: British shoes, shoemaking & shoe-repairing on the Braddock & Forbes campaigns."

You won’t want to miss Brett Walker’s fascinating look at the footwear of the 18th century soldiers. Walker, a former shoemaker at Colonial Williamsburg, named his talk after the patron saint of shoemaking, and details the challenges the British faced to keep their men supplied with good shoes in the rugged Pennsylvania wilderness. Armies can’t get far without good shoes! A great deal of Walker’s research was conducted in Fort Ligonier’s incredible archaeological collection of footwear.

Since 2008, Fort Ligonier has offered a special program to commemorate the anniversary of George Washington’s Friendly Fire Incident, which occurred within close proximity to the fort on November 12, 1758. Washington writes about the incident that haunted him throughout his life in his “Remarks”, which are featured in the museum’s Washington Gallery along with the new Chas Fagan painting Flash Point that depicts the historic event.

Please join us at the Fort Ligonier Center for History Education for a reception and this special program.