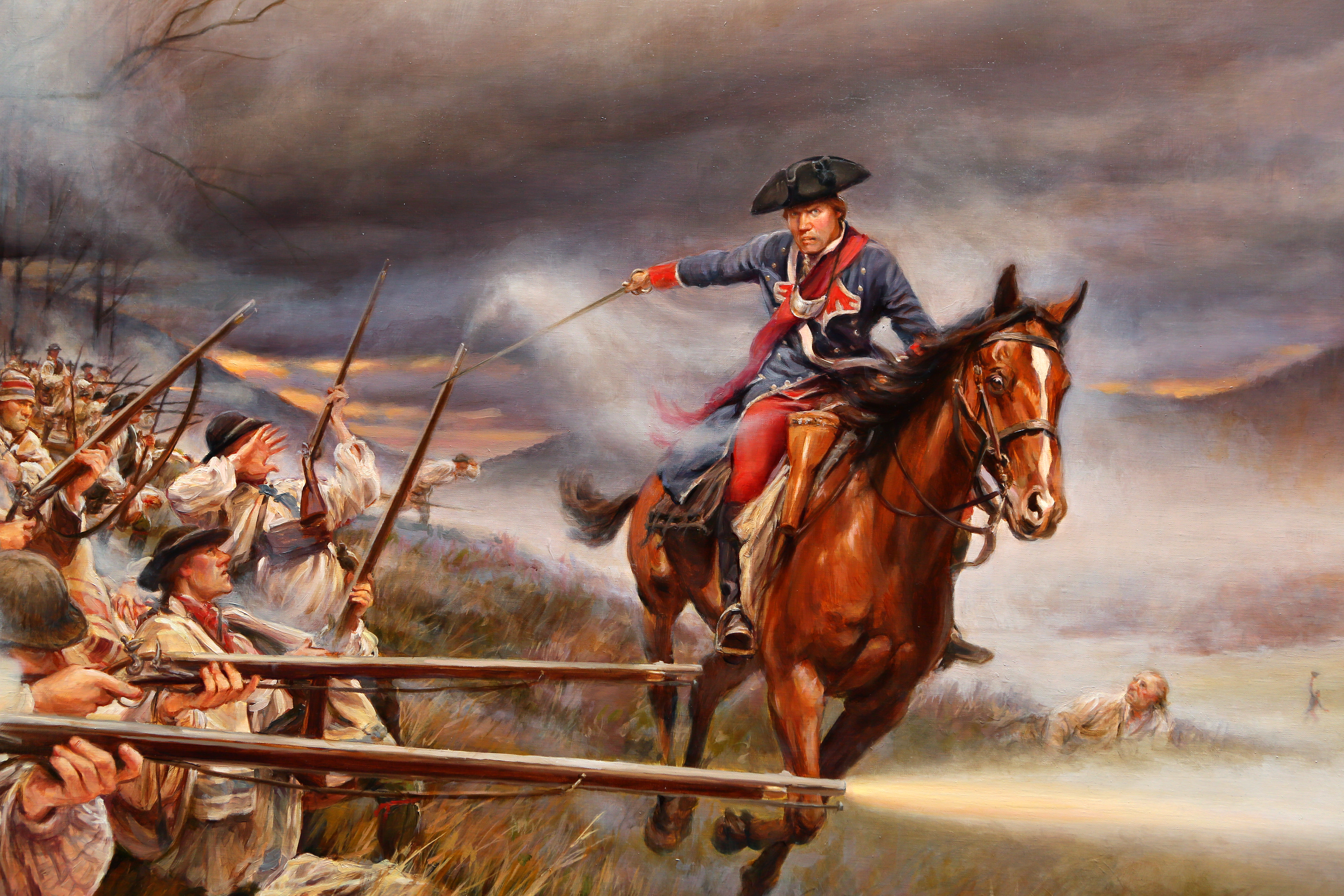 Win a numbered signed print (22' x 28") of Chas Fagan's "Flash Point". The winner will be drawn on January 6, 2021. Need not be present to win. $50 per ticket. Only 200 tickets available. Proceeds benefit Fort Ligonier's education programs and preservation projects. The winner will be announced on Thursday, January 7, 2021.

Flash Point depicts the true-life story of a young Colonel George Washington who rode deep into the misty evening gloaming on November 12, 1758, desperate to stop his confused troops from shooting at each other during a deep-woods patrol gone wrong. He put his life in the balance to stop the gunfire, but not before dozens of his soldiers were wounded or missing. Washington, however, miraculously escaped unharmed, and that incredible “Friendly Fire Incident” that occurred close to Fort Ligonier will be forever immortalized in this painting by Chas Fagan. The original Flash Point hangs in the museum’s Washington Gallery.