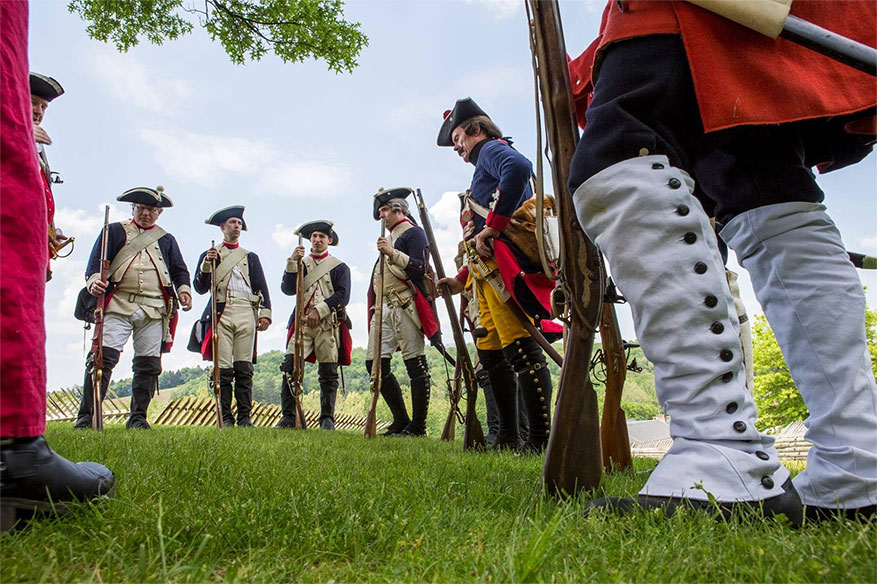 Visitors will experience dramatic battle re-enactments, authentic artillery and tactical demonstrations along with fascinating living history programs from the Seven Years War, Inc. and the Detachment of the 8th PA Regiment.

Jason Doerflein, Commander of the Prussian Regiment von Itzenplitz for the Seven Years War, Inc. said, “It’s not just hearing someone talk to you about history. You get to surround yourself with it. The fort alone helps to tell the story of America…where we came from, and why. As a re-enactor there is no greater location than an actual historic site, and in the case of Fort Ligonier its two fold because the site has been so amazingly restored and so well loved and maintained. It’s a historical jewel for the United States.”

Artillery and battle re-enactments will include narrations. Living History stations will be located throughout the fort with docents in period clothing. Visitors are invited to visit camps and engage with re-enactors where they can learn about the French and Indian War/Seven Years’ War and its connection to the American Revolution.